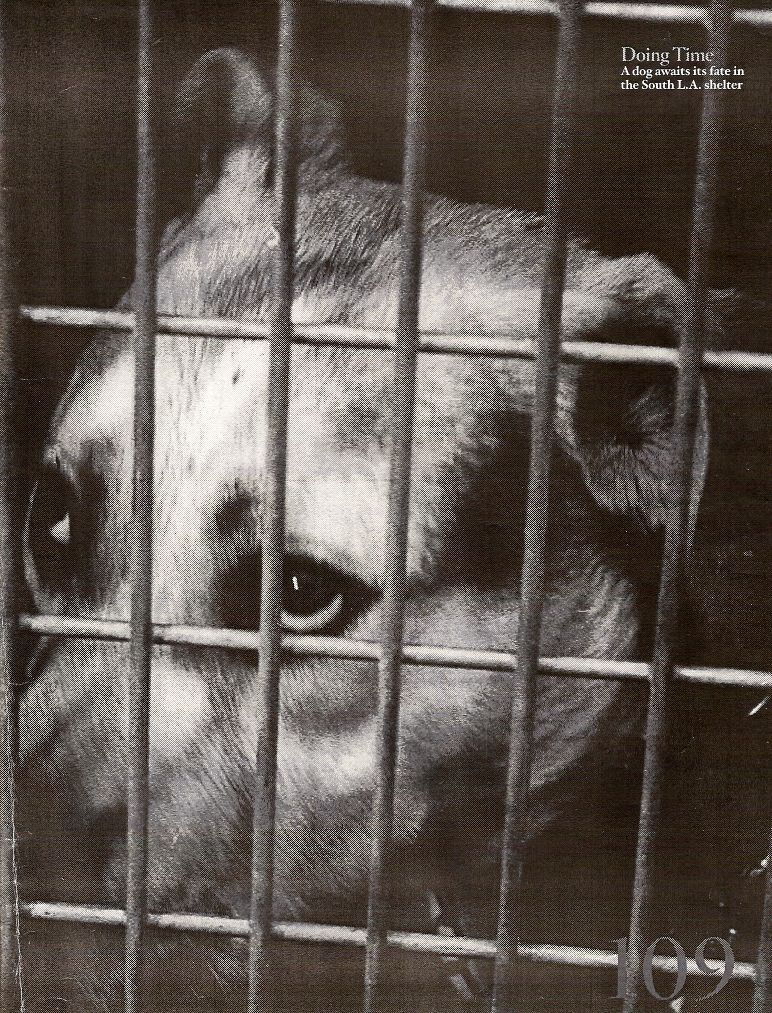 His name is Roy. At least for now. Whatever it was before, whatever it might be again, he will live or die as he is known here. The staff of the South Los Angeles shelter came up with it, turned him into Roy, to help improve his odds—of winning someone's heart, of leaving on a leash. Without a name, he would be just A774623, which has been written on surgical tape and fastened to a chain around his neck. He looks like a Roy. He is old and skinny, the color of faded cinnamon. He has a wrinkled brow and flabby jowls, a face that is weary but earnest. Whenever a stranger enters the kennel, Roy springs to his hind legs, pawing at the metal grate that covers his cinder-block cell. He wriggles his snout between the gaps, sniffing and snorting, his tongue a gush of sloppy kisses. He turns himself sideways, scratching his bony hide against the bars, inviting human fingers to join in. His tail wags. His eyes beg....

(Thanks to Downtown Dog Rescue for posting it.)