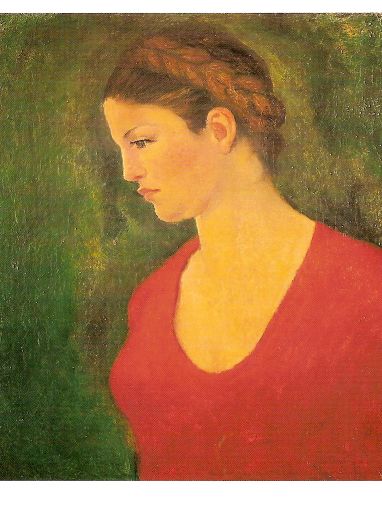 In the summer of 1940, when France fell to the Nazis, Paris became a deathtrap for thousands of Jews. The only route to survival, to freedom, was to the south, through the Pyrenees, the vast range at the base of the Iberian peninsula. It was by sneaking over those mountains, into Spain, then Portugal, and across the Atlantic, that my mother came to America. She was six.

In the course of writing The Opposite Field, I made a decison to travel to Europe and retrace Mom's footsteps, to learn more about her life and her influence on mine. My journey led me to Dina Vierny, a woman of extraordinary courage and grace who, during World War II, helped shepherd hundreds of refugees, including my mom, over those clandestine trails. Dina was herself just a teenager at the time, the model and muse of the great Catalan sculptor Aristide Maillol. Maillol, a septuagenarian by then, lived in the vineyards of Banyuls-sur-Mer, in the foothills of the Pyrenees, and Dina used his studio as a way station, to allow her pilgrims to rest before their ascent.

To evade the gestapo, Dina worked anonymously, asking little and revealing less. As a signal to each new wave of arrivals, she would wear a crimson dress to the Banyuls train depot. Word traveled through the underground: Just look for the Lady in Red.

When I met Madame Vierny, she was 89, frail yet bouyant, with a chirpy voice and a bawdy sense of humor. She was living within the Musée Maillol, the collection she founded with works bequeathed her by the artist's only son. When I asked her for details about the trail my mom had traveled, where to find it, how long it would take to get across, what awaited on the other side, she dismissed me with a wave. "Don't worry," she said, pulling out a folder. It contained a hand-drawn map and kilometer-by-kilometer directions and photographs of every peak and valley. If I wanted to go to Banyuls, to experience it for myself, she would have Maillol's great-grandnephew await me at the train station. I hugged Dina as tightly as I dared.

Eight months after our meeting, Dina fell ill and died. My photos of that journey appear on the Galleries page.