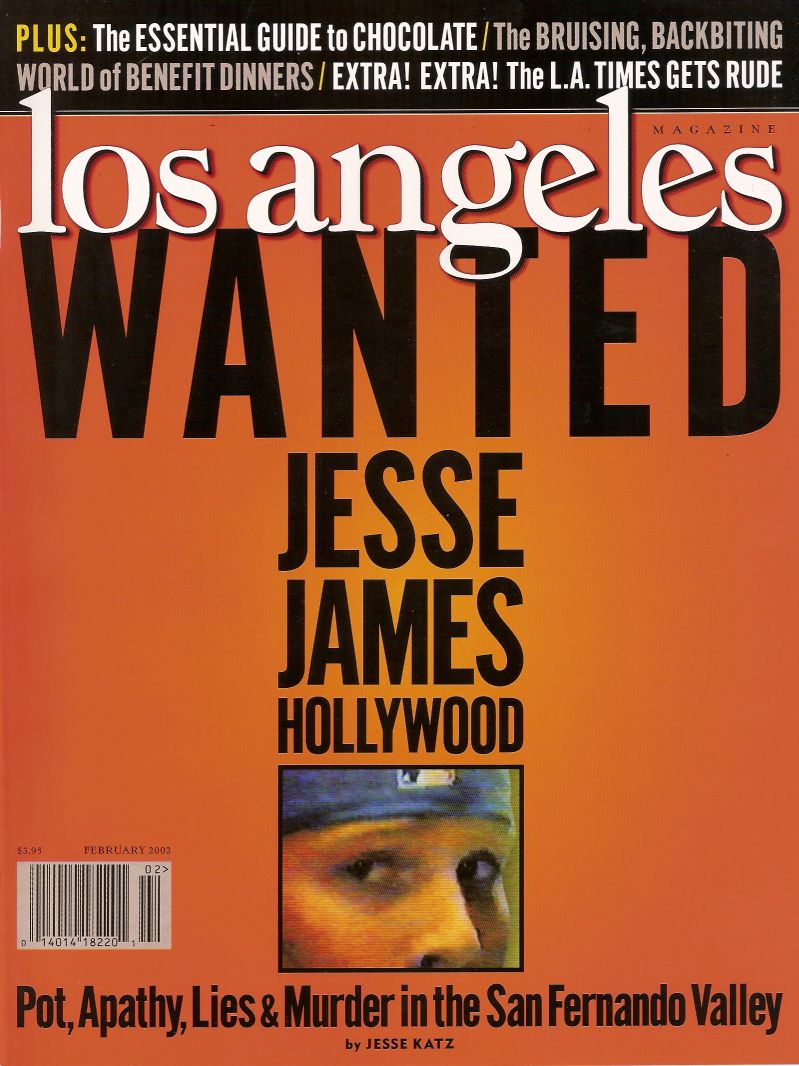 The boy in the video is named Jesse James Hollywood. That is what his birth certificate says. He is close to 20 but could pass for 15. His hair is short and blond. His eyes are blue. He is nearly as small—five feet five, 140 pounds—as most of his friends were in junior high school. Jesse James Hollywood is drinking a Heineken. He is smoking weed from a long yellow bong. He is wearing baggy jeans, a baby blue Dodgers cap turned backward, and a T-shirt manufactured by Serial Killer Inc. The shirt has a black-and-white movie frame on the chest, a scene from Heat, the 1995 L.A. crime saga. It shows Robert De Niro and Val Kilmer making their getaway from a downtown bank heist. The caption is a single word: MONEY.

The music thumping on the stereo is Mac Dre, an Oakland rapper. He once got five years for conspiring to rob a bank. The chorus goes like this: I live day by day not giving a fuck / And when they ask me why I pause for a minute then I reply / Because life's a bitch and then you die. When Jesse James Hollywood speaks, he mimics the cadences of the hood, an act that is alternately reverential and derisive....