Stories: Magazine Stories: Under the Bridge 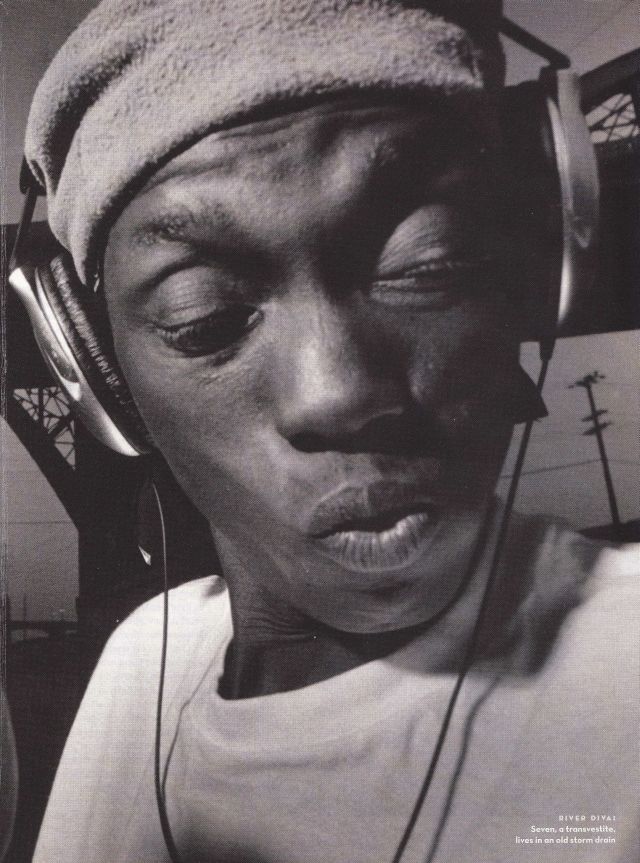 At the margins of downtown—beyond the skyscrapers, across the railroad tracks, under the bridges, through a tunnel, down to the river—there is an old storm drain. The pipe is sealed shut now, but the concrete gutter into which it once fed still breaches the slope of the riverbank, leaving a notch just a few feet above the water's edge. The passage is not big, a prison cell of a spillway, and yet its desolation is precisely what has given it function again. An empty refrigerator carton is propped up at the entrance. A patchwork of tarps is strung over the top. A sheetless mattress creates the illusion of a bedroom. A suitcase with a BON VOYAGE sticker is the dresser, a pair of scented candles the light. In our imperfect vocabulary for defining urban ills, we might say that the person holed up in this dank little nook is homeless, but that would not be quite right. Everyone in the encampments along this stretch of the Los Angeles River knows that the lair belongs to Seven; it has been his home since 1998, a home that falls outside the boundaries of a society built on privacy and ownership but a home nonetheless.