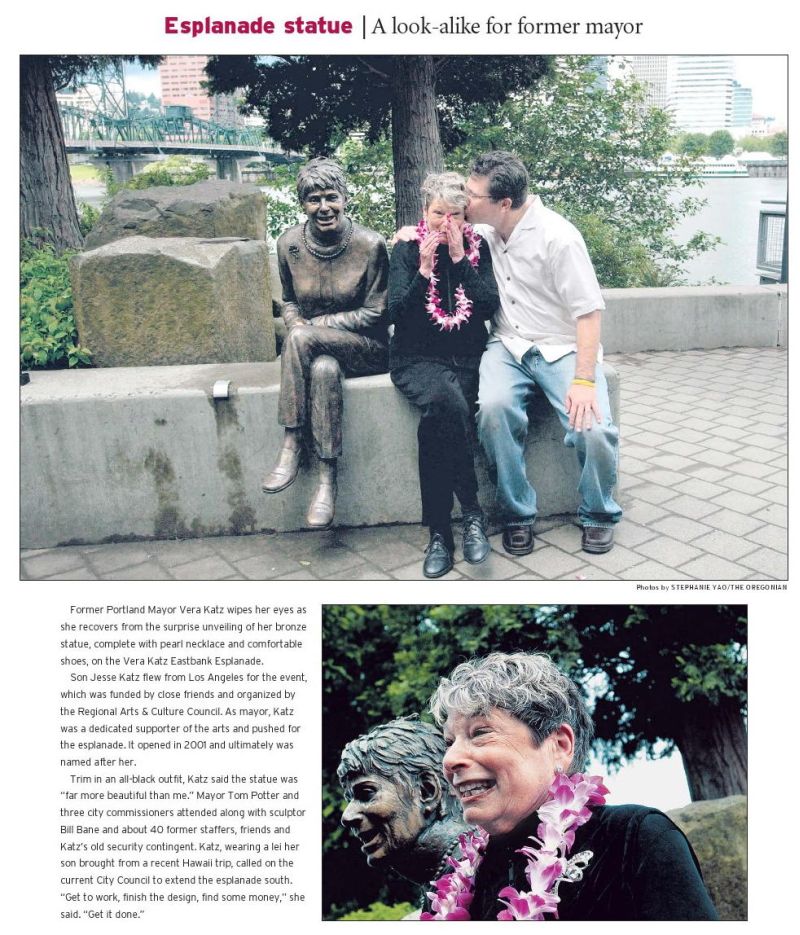 "Feisty" is the word that Washington Post columnist David Broder has used to describe Vera Katz--in 1985 and in 1998 and in 2004—saluting her each time as a pioneer on women's issues, urban planning, health care, and education reform.

Inspired by the sacrifices of Bobby Kennedy and Cesar Chavez, she entered politics as a housewife-activist during the Vietnam era and went on to serve thirty-two years in public office, becoming a symbol of what she happily called "the feminization of power." The first twenty years were spent in the Oregon Legislature, where Mom was elected speaker of the house, only the second woman in the nation to preside over a state assembly. She later spent twelve years as mayor of Portland, leading the city through an unprecedented period of cultural and economic growth.

A refugee of Nazi-occupied Europe and a two-time cancer survivor, she is now of counsel to Gallatin Public Affairs. Her imprint on Portland can be seen in the Vera Katz Eastbank Esplanade, the Portland Classical Chinese Garden, and Portland Center Stage.